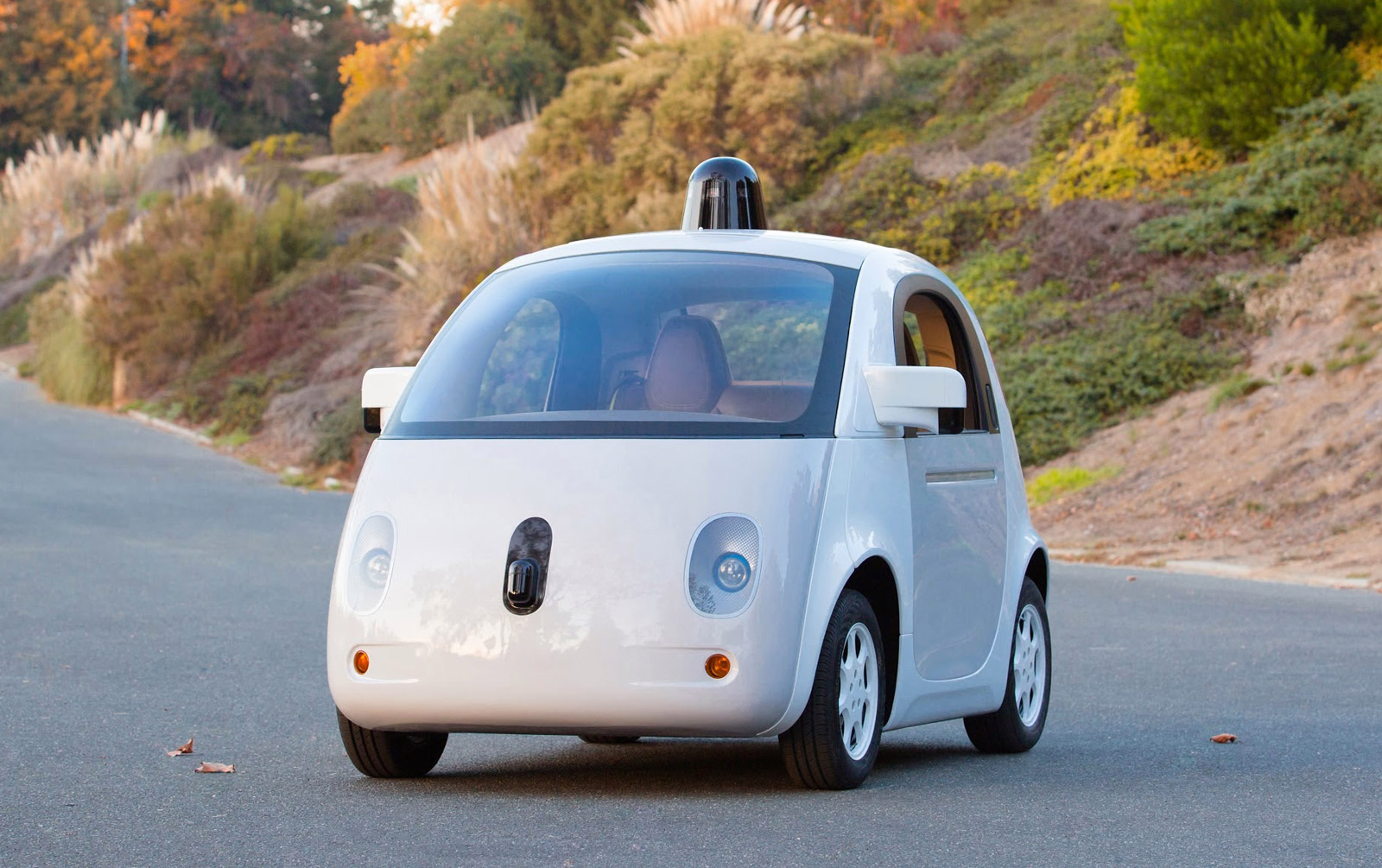 Let us make an assumption, or rather a pretty good prediction. Driver-less vehicles will become the new normal and will be sharing the road with us within the next five years. This will lead to all sorts of disruption. 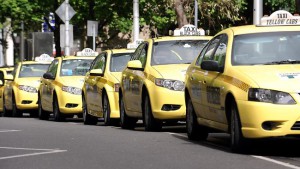 Why? Purely the cost. Let’s assume the driver costs about $10 per hour (Business Insider). A taxi vehicle makes no money sitting idle, so the vehicle itself will most likely run 24 hours a day. So the drivers (plural) cost is $240 per day. The vehicle will need servicing approximately once per fortnight. Assume 24 hours in a fortnight that the vehicle is off the road as a consequence. Drivers cost is $3,120 per fortnight. A vehicle will have a life span of at least 3 years, though judging by the condition of some of the taxis here in Melbourne and Sydney that might be a little conservative. Drivers cost is $243,360 for the life of the vehicle.

That’s right. $243,360. A driver-less vehicle can cost $243,360 more than the purchase price of a standard vehicle and assuming all other running costs, e.g. tyres, fuel, servicing etc. remain the same you would still break even.

It is for this very reason that the taxi industry will form ground zero for the introduction of driver-less vehicles. Where there is money to be made, there will be investment in research and development, and that is happening right now. Audi, Volvo, Mercedes-Benz, Tesla and Google are all racing to be “the first”.

The rise in popularity of Uber as a ride sharing service highlights the convenience people enjoy when able to utilise smart phones as the means to call upon transport. Driver-less taxi vehicles will become the extension to this. There will be a fleet of vehicles roaming the streets – waiting patiently for the call up. The user will book a ride from their phone, using their location they will know exactly how long before it arrives (as per Uber), but unlike Uber there won’t be a driver. That driver under the Uber model, according to the taxi industry of course, would have no licence to drive a taxi, is uninsured and has dubious criminal and other back ground checks.

As a user of the service you would experience new levels of safety, comfort and smooth driving – no horns, no erratic behaviour, and no need to talk about the weather. If the vehicle had a problem, i.e. was not clean from a previous user, you would report it, it would tootle off to the depot for a spot of tender loving care and another would soon take its place.

You would not need to worry about availability – the app on your phone will have predictive analysis behind it and it will warn you well in advance of any pending vehicle shortages – nor will you need to worry about parking, break downs, flat tyres, traffic congestion or accidents ever again. Any problem with the current vehicle and you will simply hop out and request another.

The fleet and the rise of the driver-less co-op.

This Utopian scenario assumes that there is a fleet of vehicles out there roaming the streets waiting for the call up to service you, the customer. This fleet will need to be purchased, managed and maintained. Enter the serviced apartment industry as a model. You want a simple and easy rental property as an investment then you can buy a serviced apartment in a complex. A serviced apartment franchise will lease it off you, you will receive a return, and you won’t need to worry about managing it day to day. Too easy.

The driver-less vehicle fleet has the same potential. Motor vehicles as an investment opportunity. The idea is the same as a serviced apartment the difference is this apartment is on the move. Instead of an overnight stay it is a single journey. The vehicle itself is purchased by the investor, and put into a service contract with an organisation that will manage and maintain the vehicle. Your return is a percentage of the fares, or a fixed lease amount.

The next Uber will be a combination of those organisations servicing and maintaining driver-less vehicles, and an organisation that links them all together. This will be the new taxi co-op. There should be only one smart phone app required for the convenience of the user after all.

The disruptive fall-out won’t be limited to taxis.

It won’t just be the taxi industry affected negatively by the driver-less vehicle. Many other adjacent industries will be touched. New car sales as we know it today will disappear. As an investor in property – especially serviced apartments – you can buy sight unseen and off the plan. So too when adding to the fleet. No need for a new car showroom when you won’t be taking it home and basking in the glory of giving it the first wash, wax and polish. 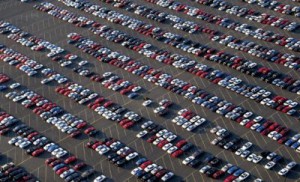 Car parking will become a thing of the past. Existing facilities in the centre of cities will be converted to accommodation where possible or torn down and rebuilt. This has the opportunity to improve on city dwelling density, and lower the cost of new buildings as planning restrictions around car parking numbers required will be eased or removed altogether. The flow on effect will be significant.

The insurance industry will consolidate. Having a large fleet to be managed will result in those organisations managing the fleet restricting their dealings to one or two suppliers of insurance. The biggest impact though will come from the lack of accidents. These driver-less vehicles will herald new levels of safety unheard of before and so the number of bingles will plummet having a corresponding impact on insurance prices. This will reduce the total value of the insurance economy. Those in the repair business will also see their corresponding clientele dry up.

But it won’t all be bad. New businesses servicing the fleet will spring up – it needs to be kept clean and ready after all. The fleet will still need organisations for mechanical servicing and the handling of break downs. Though these will change in the way they do business. They will be tied into the fleet digitally as these systems will all need to be communicating in order for the driver-less fleet to know when is the most efficient time for a given vehicle to be off line.

Existing car sharing services and car hire companies will likely simply adjust their investment from conventional vehicles to driver-less vehicles, and will likely become some of the larger holders of inventory within the driver-less fleet.

City planning for public transport will be easier. Driver-less vehicles will be best for the shorter journey, at least initially. Mass transport such as trains will make even more sense between city centres in the driver-less future. Buses, and potentially the likes of Trams (sorry Melbourne), will become a thing of the past, why walk and wait at a bus stop when you can order a driver-less vehicle from your door to the train station. If you’re willing to pay more, you can skip the train altogether.

Roads will no longer need to be 8 lanes wide. Driver-less vehicles will run at optimal computer controlled efficiency. Merging will be pristine, traffic flow will be continuous. Some of the existing motorway lanes could be converted for use by trains as mass transport (driver-less of course) where it makes sense. The reduction in road building and maintenance costs to government will be offset as government revenue from parking, parking fines and other vehicle related infringements will also reduce.

Reductions in government revenue won’t just be in fines though. People will be less inclined to obtain a drivers licence. There will be reduced registrations as people give up their personal vehicles and the efficiency of driver-less technology mean less vehicles sitting idle. Toll road collection operations will disappear, as the driver-less vehicles will include the toll in the fee for the trip.

In all there will be significant disruption affecting almost all areas across a society predicated on the personal ownership of a vehicle.

The need to prepare for this emerging technology.

Driver-less vehicles are almost here now and the overall positive impact on our lifestyles and our cities when they do arrive will be felt for generations to come. Governments need to prepare and have a vision for how this is going to affect the various economies, public transport, infrastructure and its own revenue base. Existing businesses likely to be impacted will need to diversify or have an exit strategy. Entrepreneurs need to start thinking now as to what supporting areas of business will need to be in place as this emerging technology literally hits the streets.

We, as members of this future driver-less society (especially so here in Australia), need to prepare to say good bye to traditional “daily driver” car ownership, and give a warm welcome to the short term rental of vehicles, and where those vehicles will be driver-less to boot.

These are very exciting times to be a part of the automotive industry.